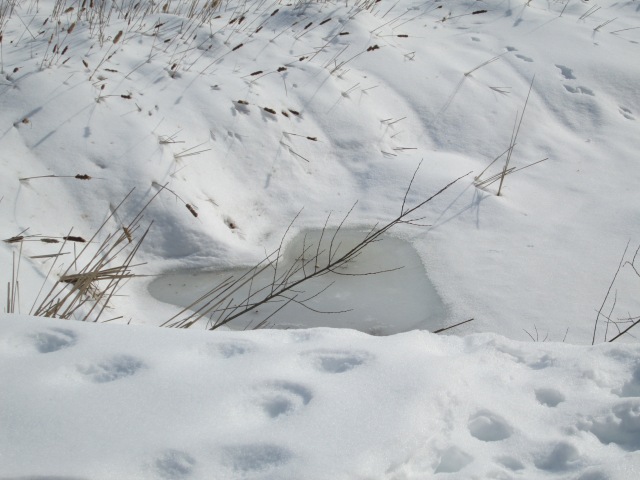 Climate and Sustainability
–23 women in the climate movement who inspire us.
–50 years after Selma, a search for environmental justice.
–In 2014, for the first time in 40 years, global CO2 emissions have stalled, but…
-Bill McKibben: Climate change won’t wait for Paris: vive la resistance!
-George Monbiot on the UN climate conferences’ failure to address the production end of fossil fuels: “There is nothing random about the pattern of silence that surrounds our lives. Silences occur where powerful interests are at risk of exposure.”
-Naomi Klein: How will everything change under climate change?
–We need regenerative farming, not geoengineering.
–Jordan’s 6,000 mosques will soon all have rooftop solar.
–The USDA is helping rural farmers get their own renewable energy.
–10 myths about fossil fuel divestment put to the sword.
–“Man-made” climate change is a major women’s problem.
–There’s a local flower movement blooming.
–Why bike lanes are battle lines for justice.
–These urban farmers want to feed the whole neighborhood–for free.
-I would love to live in an urban treehouse.

Fa(t)shion
–Celebrate the style of these 8 women for International Women’s Day.
-I love Leah’s photoshoot with Jim Hawkins.
-Nancy reviews Chaffree anti-chub-rub shorts.
–Mei Smith NYC will bring indie designers to plus size customers.
–Why I love altering my shape with corseting (and it has nothing to do with looking thinner).
–9 oversized floral looks from the Spring 2015 runways.
–Lust list: the Curvy Couture Roadshow 2015.
–18 places to buy colorful lipstick.
-Harriet Parry’s dramatic floral headpieces are everything. I also love this dress made of flowers and this tulle dress adorned with flowers. END_OF_DOCUMENT_TOKEN_TO_BE_REPLACED

It’s getting a little ridiculous.

Fa(t)shion
–Rihanna’s pink cupcake dress = love. It reminds me a bit of Kaylee’s shindig dress in Firefly, too.
-Kelsey shows off her visible belly outline.
–Moms launch stereotype-bashing clothing line that challenges what it means to be “girly.”
-Advice on how to style a tutu for everyday wear.

Fat Acceptance
-Naomi writes about loving her fat body, learning to enjoy movement, and creating a fitness app as a fat woman.
–Things obesity isn’t.
-ARGH: Legislators in Puerto Rico are debating a bill that would fine parents of obese children up to $800 if they don’t lose weight.
-A roundtable of HAES experts talk about social determinants of health and the role of social justice in HAES: part 1 and part 2.
–The incredibly bravery of fat-shaming children.
–Size and prejudice: on the issues faced by larger fat people.
–Medical discrimination against fat people–again.
–What if I lose weight doing my Ironman?

Climate and Sustainability
–Dispatches from the Seneca Lake uprising–including a delicious-sounding farm-to-table civil disobedience banquet (!).
-May Boeve of 350.org interviews Naomi Klein about low oil prices, the power of fossil fuel divestment, and how build a more kick-ass climate movement.
–Women lead the march for climate leadership in California.
–Why Harvard students are sitting-in outside Drew Faust’s office.
–Love and fire: a prayer for Keystone. END_OF_DOCUMENT_TOKEN_TO_BE_REPLACED

Fa(t)shion
-Nicolette Mason’s ModCloth collection is finally here! Check out her and Gabi‘s blogs for some fabulous pictures of a real-life girl gang modeling the clothes, as well as a discount code.
-Bethany reflects on fat femme power.
-Kobi Jae of Horror Kitsch Bitch has started an Alternative Curves Blog Hop. I didn’t have the time/energy to put together a themed outfit this month, but I’m hoping to participate next month!
–How Madewell bought and sold my family’s history.
-Tanesha of Girl With Curves has released a full range of clothes for fall.
–Eight cute plaid dresses in fat sizes, now with 50% more ’90s references.
-Affatshionista reviews Gwynnie Bee.
–Style advice for a 50-something trans woman just beginning her transition.
-I wish I could have been at Re/Dress’ meet and greet event with Tess Munster!
–Change your style, change your life.
-Want to see what a Glitterati box looks like? Check out these three posts.
–Manish Arora’s new fall/winter collection is amazing–this is exactly the kind of imaginative fashion I want to see in size fat.
-Ugh: one-size-only clothing store is the last thing teen girls need.
–Gabi’s trip to London Fashion Week with a group of other fatshion bloggers looks so fun.
–Spotted! Blogstar Chastity Garner in Vogue Italia.
–Fashion and feminism: a chat with Ana Marcela Villa of AKV.

Fat Acceptance
–6 must-read perspectives that destroy the War on Obesity.
-If you’re in Sacramento, San Francisco, or Chicago, check out Virgie Tovar’s upcoming events.
–Stop policing my daughter’s appetite.
-I actually like Subway’s sandwiches, so I’m always disappointed to hear about them using fat-phobic advertising.
–Women’s value is not based on whether men find us attractive.
–“Homeland” dares to show fat sex, and it’s only “weird” or “disturbing” if you’ve always assumed fat women are sexless freaks.

This musical protest, in which demonstrators disrupted the St. Louis symphony to sing a “Requiem for Mike Brown,” gives me chills:
END_OF_DOCUMENT_TOKEN_TO_BE_REPLACED

I love Boston because I come across gorgeous art installations like this one while just walking around.

FYI, there will be no Sunday Links next week, as I will be busy doing some fun and exciting things that I’ll tell you about afterwards. Comment moderation may also be a bit slow for the next week or so.

Fa(t)shion
–Afropunk fashions: bodies as resistance.
–Troll earrings, you guys. TROLL EARRINGS.
-Liz Black has teamed up with Fame & Partners to make a line of plus size fancy dresses. They’re pricey and only go up to a size 22, but they’re gorgeous.
-Skorch Magazine has a guide to plus size retailers’ Labor Day sales (25% off everything at both Domino Dollhouse and Re/Dress, hell yeah!)
-Meet Jes Baker at ModCloth’s open call for models in New York.
–Body parts aren’t problems, and they don’t need solutions.
–29 plus size jackets, because autumn is right around the corner.
–Headwear inspiration from the Countess of Glamour.
-I love Re/Dress’ new lookbook, Farewell Fairytale Summer.
–Girls speak out against sexist school dress codes.
–A photographer captures the often-overlooked South Asian “aunty” culture.
–Found: 15 new plus size labels to love.

Fat Acceptance
–It’s not me, it’s you: the absent dialogue around fat women’s sexuality.
–Why skinny shaming is not the same as fat discrimination.
-If you have diabetes, check out the Fat Acceptance Diabetes Support List.
–Pretending there are no fat people.

END_OF_DOCUMENT_TOKEN_TO_BE_REPLACED

This jack-o-lantern partied a bit too hard.

Happy day-after-Halloween! I hope you all had a good time.  I spent the evening watching Cabin in the Woods with a group of friends, and although I don’t usually like horror movies, I loved it! It’s pretty much impossible for Joss Whedon to make anything bad, and it didn’t hurt that the cast was full of great actors.

I also had a Halloween party last weekend, where I dressed up as a steampunk Pikachu (in reference to this comic). I will post pictures soon! Now, on to the linky goodness…

Fa(t)shion
-I don’t mean to turn my blog into a complete advertisement for Domino Dollhouse, but their new skull-print babydoll dress and leggings are too awesome not to post about.
-This photo shoot of five fat babes is fabulous.
-The Brooklyn Fashion and Design Accelerator, a collective workspace focused on sustainable production, will be opening in 2014.
-John Scalzi writes about why he dresses the way he does, and how, as a middle-class white man, he faces less appearance-based judgment than most people.
-Jille Edge’s Flickr has plenty of old-school Delia*s nostalgia.
–Politicizing plus size fashion with blogger Brooklyn Boobala.

Fat Acceptance
-There will be a Fat Justice Workshop here in Boston next weekend.
-This fat bellydance DVD looks great.
-Abigail Saguy talks about the history of the “obesity epidemic.”
–Fat people need candy too.

Climate and Sustainability
-A must-read from Naomi Klein: how science is telling us all to revolt.
-The Transition Lab, which trains ordinary people to create a resilient future, sounds amazing. If any of my fellow Bostonians want to learn more, check out the presentations they will be giving in Cambridge next week.
-A great overview of what a post-growth economy means, and why we need one.

END_OF_DOCUMENT_TOKEN_TO_BE_REPLACED

Whew, am I glad it’s Friday.

Climate and Sustainability
–A great interview with Naomi Klein on grassroots climate activism and the problem with many big green groups.
-If you want to see more pictures from the Energy Exodus, check out this Flickr set.
-Have I mentioned lately that I love David Roberts? Well, I’m going to say it again.  His top 20.5 parting insights on climate change, written before he started a year-long sabbatical, are brilliant.
-An important reminder about the history of the Brayton Point coal plant, which stands near the site where Native Americans were massacred in 1676.
-I love the #PowerShiftJourneys profiles of young leaders.
–The NYT has a great profile of Mosaic, the solar energy investing site.
–We should add climate change to the civil rights agenda.
–Solidarity in diversity is key to powering up the climate movement.
-Sandra Steingraber writes about her experience spending 15 days in jail after a civil disobedience action.
-Bill McKibben writes about the necessity of a leaderless, decentralized but connected climate movement.

One thing I never get tired of watching: fabulous fat bellydancers.

Fa(t)shion
-The Advanced Style coloring book is now out! Whooo!
-This comic about fashion tips from nature is great.
-I’m so jealous of Nicolette Mason, who got to visit Tarina Tarantino’s sparkle factory!
-Also of Haley and Amanda, who got a sneak preview of the new Re/Dress store that’s opening in Cleveland.
-I just found out that there’s a Canadian plus size clothing company called Laura. It must be named after me, right? 😉
-This bride’s pink ombre tutu is amazeballs.

END_OF_DOCUMENT_TOKEN_TO_BE_REPLACED

“I asked [Naomi Klein] about her decision to have a baby, in spite of everything she knows.

She got quiet. ‘For a long time,’ she told me, ‘I just couldn’t see a future for a child that wasn’t some, like, Mad Max climate-warrior thing.’

Somehow, though, her engagement in the climate movement seems to have changed that. Another future seemed possible. She and Lewis decided to have a child, but struggled with infertility. Then, having given up, surprise: along came Toma.

If anything, the experience has made Klein all the more a fighter. She now believes that denying her desire to have a child, because of the mess being made by those willing to destroy the planet for profit, would be a form of surrender.

‘I guess what I want to say is, I don’t want to give them that power,’ she told me. “I’d rather fight like hell than give these evil motherfuckers the power to extinguish the desire to create life.'”