I know Courtney Love never considered herself, or her band, a part of the Riot Grrl movement. But she’s the first person I think of when I think of Riot Grrl. And she, along with Gwen Stefani, was one of my earliest style icons. So I decided to emulate her early-’90s look for this month’s Alternative Curves challenge.

Riot Grrl was a bit before my time, but I got into Hole in middle school alongside my Nirvana obsession. Their music was so raw, so angry, so feminist–so everything I needed. And I fell hard for Love’s kinderwhore look: messy hair, smeared red lipstick, baby barrettes, babydoll dresses, ripped tights, Mary Janes. 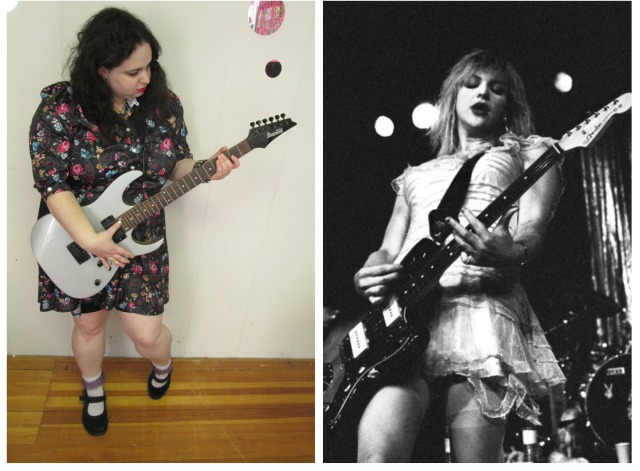 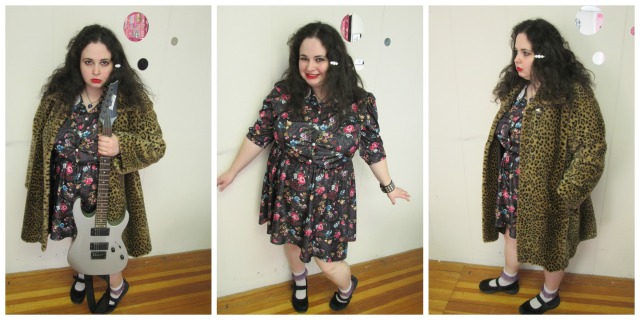 I was inspired to wear my leopard coat partly by Kitty Kaos, who wore a similar coat for her riot grrl outfit, and partly by a picture I thought I remembered of Courtney wearing one (but it turned out it was actually her daughter, Frances Bean, wearing leopard).

Unfortunately, the blog hop closed by the time I finished writing this post–it’s still January here, but it must have been set on Australian time, since most of the Alternative Curves bloggers are Australian. So I can’t add my post, but you can can check out the other awesome ladies’ doing their interpretations of Riot Grrl at the bottom of this post.