My style has been changing so much lately, and I wonder how much of that comes from reading a million fatshion blogs, and how much is just natural style evolution. I don’t think I would have worn something like this even a year or two ago, but lately I’ve been so into low-key gray and black nu-goth-y clothing.

Two and a half years ago, Domino Dollhouse was selling a few Nakimuli items that had a similar aesthetic to DD’s current Science/Visions collection. At the time, I thought they were kind of boring; now I wish like hell that I could get my hands on that drape-y gray dress. 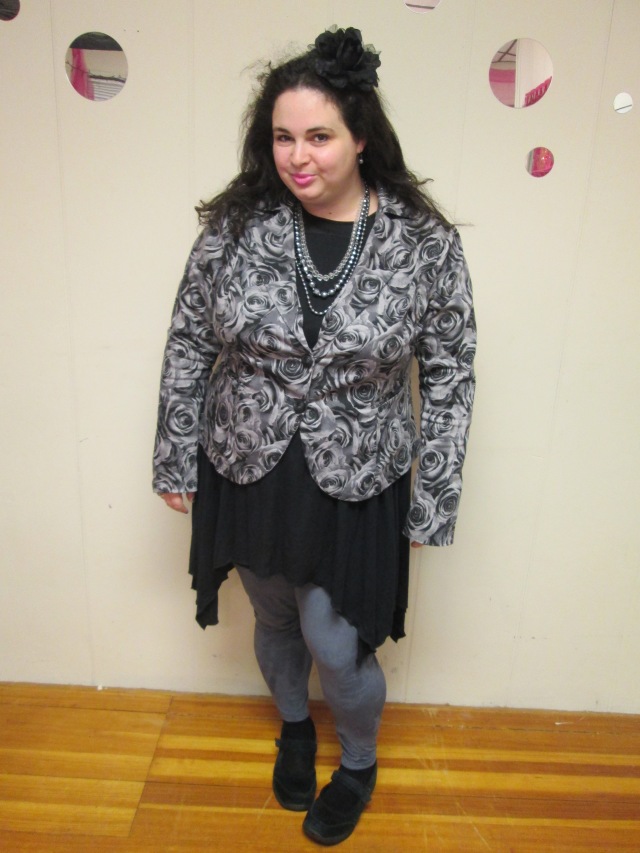 (Please ignore the weird thing my hair is doing. I didn’t notice it after I’d finished taking the pictures, and I didn’t want to start all over again.) 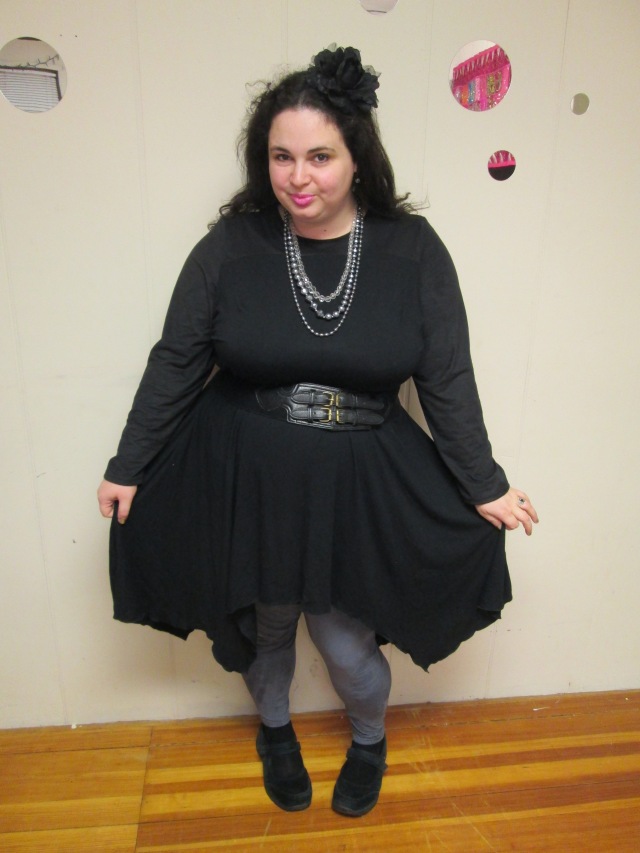 For more details on the leggings, see my review here. The dress is a bit big on me, as it was sold out in my usual size (2x), and I found out that it would not be restocked so I bought it in a 3x. Luckily, with a belt, you can barely tell that it’s too big. 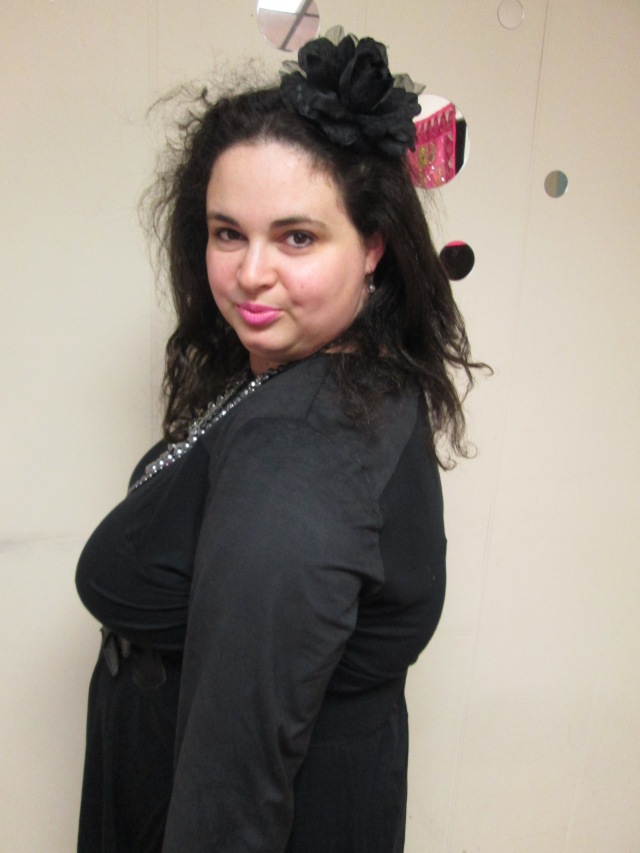 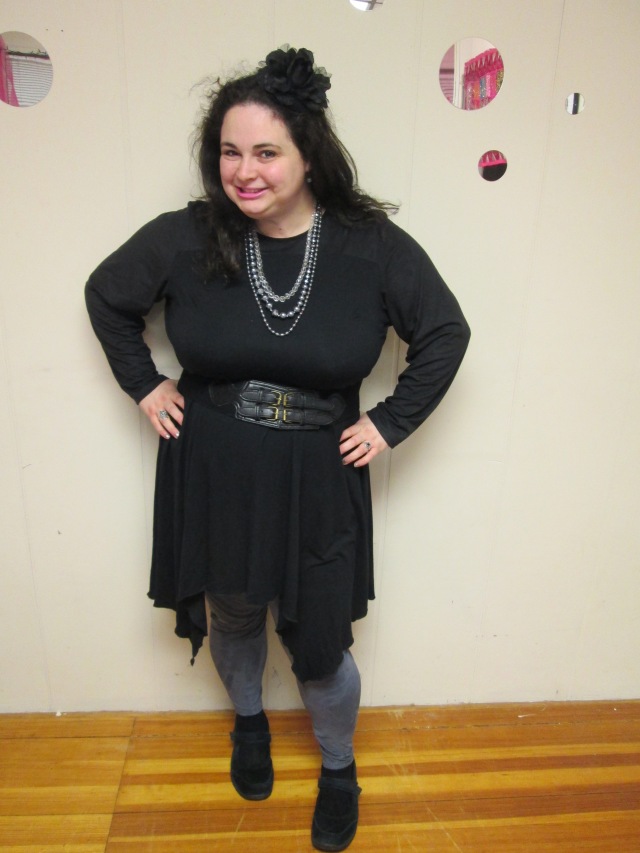 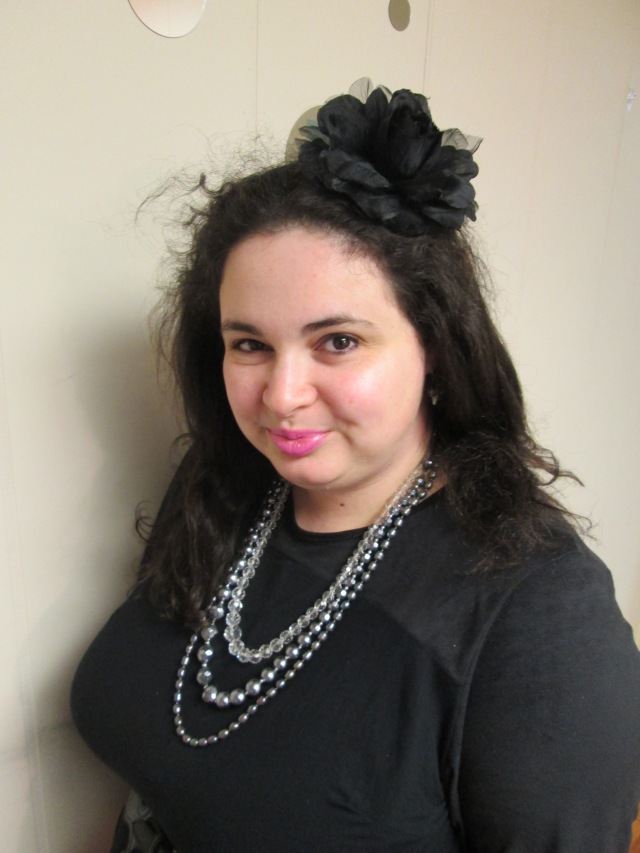 One thought on “OOTD: Comfy and vaguely grown-up (!) goth”