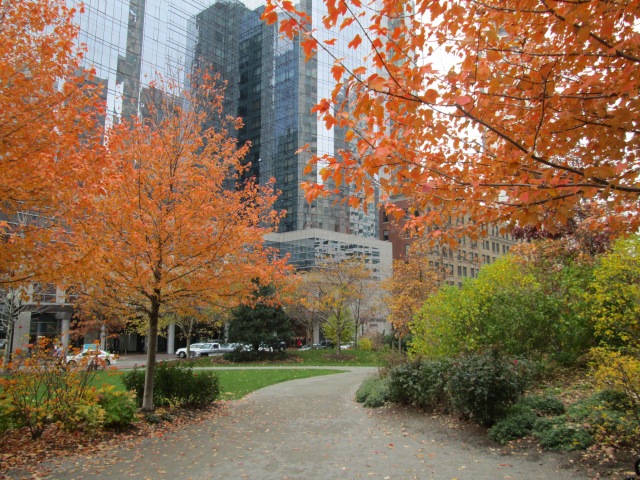 Can you believe it’s almost December? I’m starting to get excited for all the lights, festivities, and peppermint-chocolate-flavored desserts of the holiday season.

Fa(t)shion
-Rum + Coke’s emerald green holiday dresses and separates are gorgeously glamorous.
-I love all of Natalie’s top plus size dress picks for the holiday season.
–This marked-up 1998 dELiA*s catalog is everything we’ll miss about our fave teen retailer. Oh God, yes. I need to get around to scanning the rest of my Delia’s catalogs sometime soon.
-Annalog interviews Kobi and Margot about the Alternative Curves hashtag and blog hop. How amazing is Kobi’s black, flowy, velvety, witchy outfit?!
–A brief history of Old Navy’s troubled relationship with fat women.
-I love everything in Cwena’s dream capsule wardrobe–and it includes two items I already have, the black mesh ASOS skirt and the purple iridescent Docs. I haven’t broken in the Docs yet, but once I do, you’ll be seeing them in lots of outfit posts!
–Plus size yoga pants: Lineagewear leggings review.

Fat Acceptance
-An article in Fortune compared fatness to war and terrorism. WOW. Not surprisingly, the consulting firm that came up with this idea has an awful lot of employee overlap with Weight Watchers.
-Also shitty: an NBC article that concludes that diets don’t work…and then blames it on fat people “falling off the wagon.”
-In even more fat-shaming grossness, the federal government spent $10 developing a video game about escaping a fat town run by an evil fat king who forces people to eat junk food. BLARGH.
–Fat is the go-to metaphor and point of comparison.
–Fat women fuck too. Yes. Yes, we do.
-Check out the crowdfunding campaign for a plus size, fearless fitness DVD.
-An important question, and one that I’ve ranted about many times: Where’s the solidarity for fat people on the left?
-There is now a Facebook support group for people who have had bad experiences with weight loss surgery.

Climate and Sustainability
–The public is wrong on climate change, as it was on slavery and women’s rights.
–Within two years, a quarter of the world’s carbon emissions are likely to be priced.
-A group of students explain why they’re suing Harvard for investing in fossil fuels.

This adorable golden retriever has its priorities straight! 😉

Jobs and the Economy
–An open letter to Oprah, whose “The Life You Want” tour asked me to work for free.
–Why Lyft and Uber endanger both passengers and drivers: a former Lyft driver speaks out.
–8 Main Street job creators who are rebooting the economy–starting with those who need it most.
–Why working with children is (still) a dead-end job. I’ve worked in daycare, and it’s exhausting–I hate that such important and hard work is still so underpaid and undervalued.

Everything Else
-This case is extremely upsetting: will Rasmea Odeh go to prison because of a confession obtained through torture? I went to a #JusticeForRasmea protest on Monday, and many of the signs made the important point that this is a feminist issue. It’s absolutely a feminist issue that a woman is facing imprisonment and deportation because of a confession she made while being sexually tortured in an Israeli prison, and it’s really important to speak out about it.
–How will we memorialize Jerusalem’s dead?
–Transgender Day of Remembrance is a time to commemorate past victims of violence — and rededicate ourselves to ending it.
–Remembering us when we’re gone, ignoring us when we’re here: trans women deserve more. Make sure to check out the list at the bottom of this post of online fundraisers to support trans women of color.
-Important history: the erasure of the American Jewish left.
-And speaking of radical Jews: rest in power, Leslie Feinberg.
–Africa, uncolonized: a detailed look at an alternate continent.
-This colorful rose quilt is gorgeous.

Another incredibly cute video: this animation about saving Britain’s hedgehogs. I’m a bit jealous that British people get to see wild hedgies out and about; here in the US, we only have them as pets.

–Some things are impossible: how a rural queer lives with depression.
–Sherman Alexie: Thanksgiving is a story of survival.
–Ferguson and Guatemala: fighting the same enemy?
–“Orange is the New Black” actress remembers coming home from school to learn that her family had been deported.
-Barbara writes about finding out that she was undocumented as a teenager.
–“Locked Down, Locked Out” shows how the prison system is rotten to its core.
–Holigays gift guide: support these queer and feminist causes in the name of someone rad.
-I love the third Hunger Games book, Mockingjay, and I’ve never understood why so many people hated it–it’s such a brilliant exploration of the psychological toll of war and trauma. So I’m glad to see this defense of the book, in which the author writes about how it resonated deeply with her as an abuse survivor.
-Speaking of Mockingjay, this art nouveau portrait of Katniss is gorgeous. ❤