This is what I wore for my second day at Disney. I spent half the day in the pool, which was wonderful, and when I finally dragged myself out of the water, I had another colorful and comfortable outfit planned out. 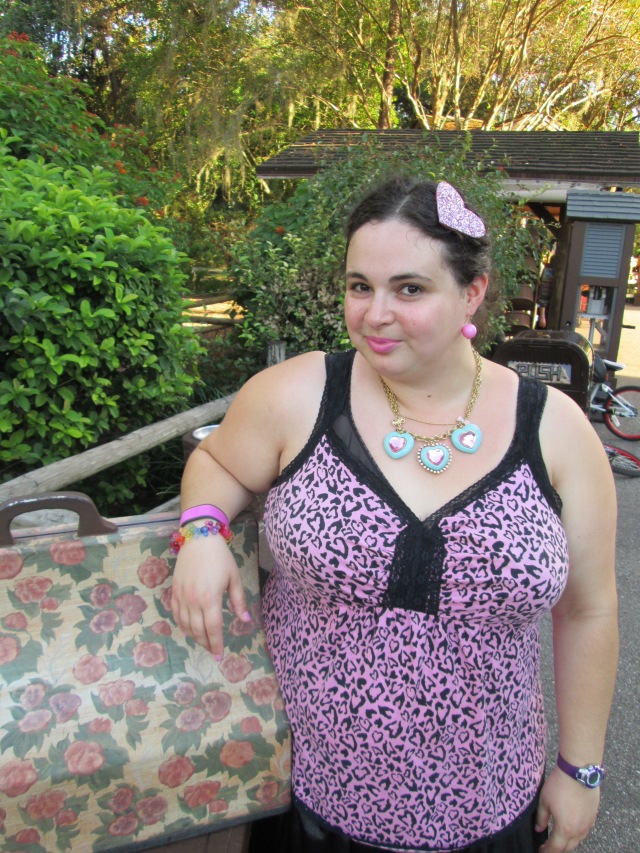 I know the sneakers don’t match this outfit, or the one I wore the previous day, but they’re the most comfortable shoes I own. And even they weren’t enough to keep from feet from killing me when we had to stand for hours on end multiple times. Although we avoided the parks during the day, we ended up doing far more standing than I ever want to do again. Ever. Walking is fine, sitting is fine, but standing kills my feet and my back.

We took these pictures at “Fort Wilderness,” the faux campground where the revue was held. (Steve’s company paid for it, which is why we went–why turn down a free show and dinner? It was also a good opportunity to meet some of his coworkers, who all seemed like cool people.) As fake as the whole thing was, it reminded me of Applejack from My Little Pony, and that made me happy.

It was weird to see a family-friendly vaudeville-style show, since I’m used to burlesque shows that are very much not child-appropriate. But the singing was good, the acting was good, and overall it was genuinely silly and fun. The food was pretty good too: fried chicken (some of which was great, some of which was hard to chew), BBQ ribs (which I didn’t try because I’m picky about meat, but everyone else seemed to enjoy), beans, corn, mashed potatoes, and then strawberry shortcake for dessert.

Oh, and the most amazing cornbread. I think I ate half a loaf of it.

As much as I’m so not into Disney, I ended up buying a Mickey Mouse bracelet because it’s pretty, it fits my wrist, and from distance you can’t tell it’s Mickey–it just looks like a pretty blob of rainbow-ness. Finding bracelets that fit me is a rare occurrence, so I tend to snap them up. 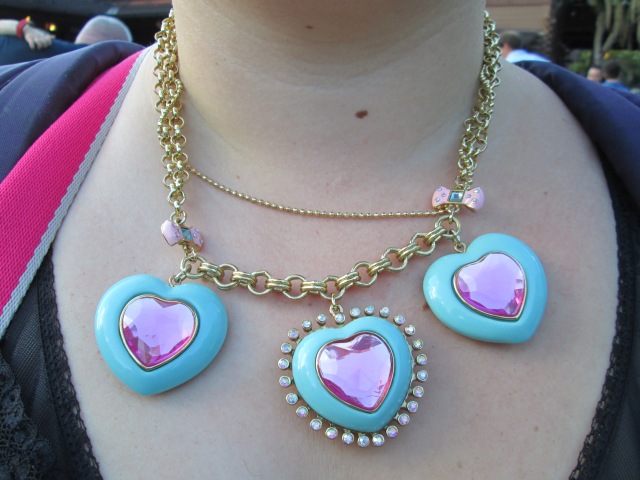 Steve took this picture of me at Magic Kingdom after we watched the Electrical Parade, Celebrate the Magic, and the iconic fireworks show. We were dead tired from standing for so long, and finally managed to escape from the enormous crowds and sit down for a bit. We ended up sitting in front of this backdrop, which I thought was so cute I had to have my picture taken with it. 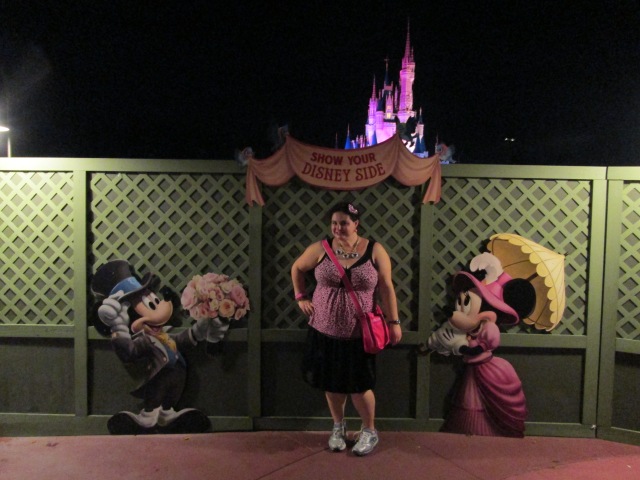 Later that evening, I had fun trying on hats in one of the stores. I especially liked the Nightmare Before Christmas tiny top hat.

Our third day at Disney was less than a half-day, since we flew home that afternoon. I hadn’t planned a real outfit, but I threw some things together, and I actually really like how it came out: 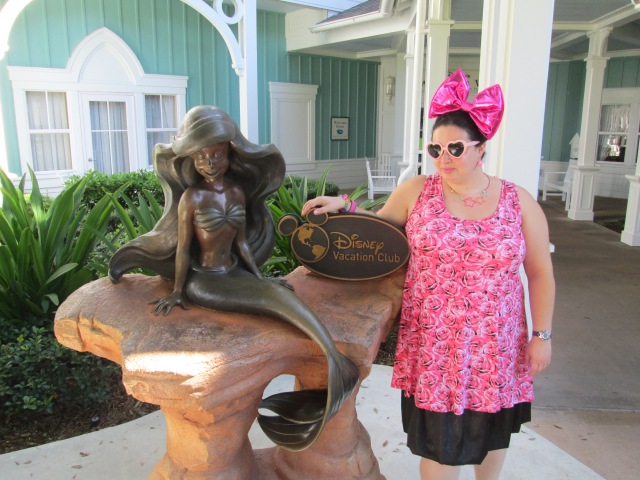 The skirt is the same as in the previous outfit, the dress/tunic is from Yours Clothing, the necklace is from a store at Disney, and the bow is from the Velvet Village. I’m not particularly into The Little Mermaid, but for some reason I felt like I should get my picture taken next to this Ariel statue in the resort’s courtyard.